Walking into a market in the south of France always a pleasure as a chef, there is always something new but what appeared to be a burnt offering at the cheese stall in Aguillon market intrigued me as I have never seen anything g like it before.

Although it appears to be completely burnt this is how it is supposed to be, fromage torteau is a goats cheesecake made almost exclusively in the Pitou Charante region of France.

It is a pastry base filled with goats cheese which is placed in an extremely hot oven for a short period to create the burnt looking top & then turned down low or off, depending on which recipe you read to finishing the cooking.

Apparently it came about by someone mistakenly putting it into a very hot oven & burning the top, in an effort to try & sabe the torteau they turned the oven off & left it in the residue heat to finish cooking the pastry, when it had cooled they discovered that his way of cooking had kept the goats cheese in the centre light & moist, so the fromage torteau was born.

Where the name came from is unsure but torteau in French is crab & tourte means pie, so either of these is a possibility. 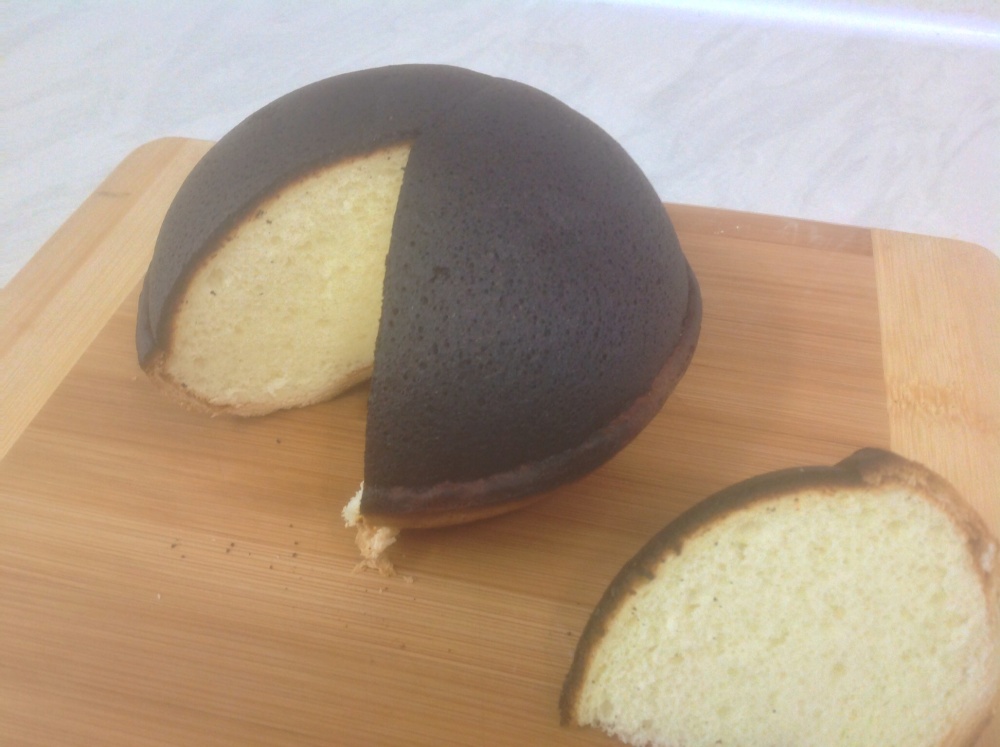 The torteau inside is a bit cake like & a little bit sweet, but is great with something like black cherry confit.

Two thirds of french goats cheese is made in Charante & the cheese inside the torteau is an essential part, it needs to be quite tangy or the end product would be quite bland, in Charante some cheese producers are specifically making torteau fromage.

Make the pastry with flour, butter, pinch of salt & little water to bring together.

Whisk the egg whites to stiff peaks then fold into the goats cheese mix.

Roll the pastry & line a simple pie dish, pour in all the filling.

Bake at 280 centigrade for 12 mins, then turn the oven off & leave the Torteau in for 50 mins to finish in residual heat.