On our Bordeaux cruise every Wednesday night we moor up at the village of Buzet-sur-Baise, approximately halfway between Agen & Bordeaux the Buzet appellation is made up of 27 villages between the Garonne river & Landes forest covering 18,000 hectares of vines.

Wine has been produced in Buzet since Roman times & was formerly part of the Bordeaux wine region, known as Cotes de Buzet, in 1973 Buzet was granted an AOC ( Appellation d’Origine Contrôlée ) to produce red, white & rose wines.

Buzet produces red wine with the same grapes as it’s world famous neighbours Saint Emilion AOC & Medoc AOC in Bordeaux, Merlot, Canernet Sauvignon, Cabernet Franc & Cot ( Melbec ), but they are also permitted to use Arbouriot & Petit Verdot but these must not exceed 10% of the blend.

White wines can be made up of a variety of grapes Muscadelle, Semillon, Sauvignon Blanc & Sauvignon Gris, these can be used to make single varietal wines or blended together, in addition Colombard, Petit Manseng & Gros Manseng can be used in a blend, but again no more than 10% can be used.

Like Bordeaux the area also has an oceanic climate with warm temperatures and sunny autumns perfect for ripening the grapes, an essential factor in making fine wines.

Most of the domains sell their wine through the Les Vigerons de Buzet, a co-operative on the edge of Buzet village, they produce around 12 million bottles ( 85% red ) for there members every year, which is around 95% of all Buzet produced.

in 2014 Les Vigernons de Buzet wo a gold award for sustainable wine growing, moving up from silver in 2013.

Compared to its famous neighbours Buzet wines are relatively low cost, while we were there from the pumps at the co-operative you could by wine from as little as €1.39 a litre if you turned with your own bottles to put it in & very good it was to.

Although relatively inexpensive they are still good quality wines, many of which have won international & french wine awards.

Chateau la Hitte is a good example of a Buzet red, with aromatics of vanilla, toast & spices, red berries & currant on the palate, quite a light red wine best drunk young but pairs beautifully with duck from the same region.

Just over €5 a bottle from the Vigernons & a winner of a gold Medialle D’or. 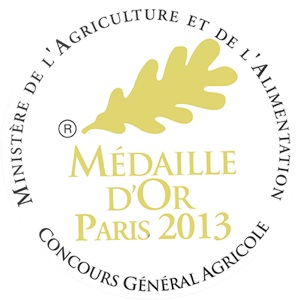 Next season we will be adding some Buzet wine to the barge wine list.