Some pictures of the rosa crossing the 1000 foot Cachor Pont Canal (aquaduct) over the river Tarn between Moissac & Castelsarasin, made of grey stone of Quercy & pink brick of Toulouse, with 13 arches the pont canal managed to survive a huge storm which brought down the neighbouring railway bridge in 1930, they widened the towpath to put a railway line on the Pont canal in order to keep the line running during construction of a new bridge, a great tribute to the strength of the bridge built in 1845.

A view from the lock that enters the Pont canal. 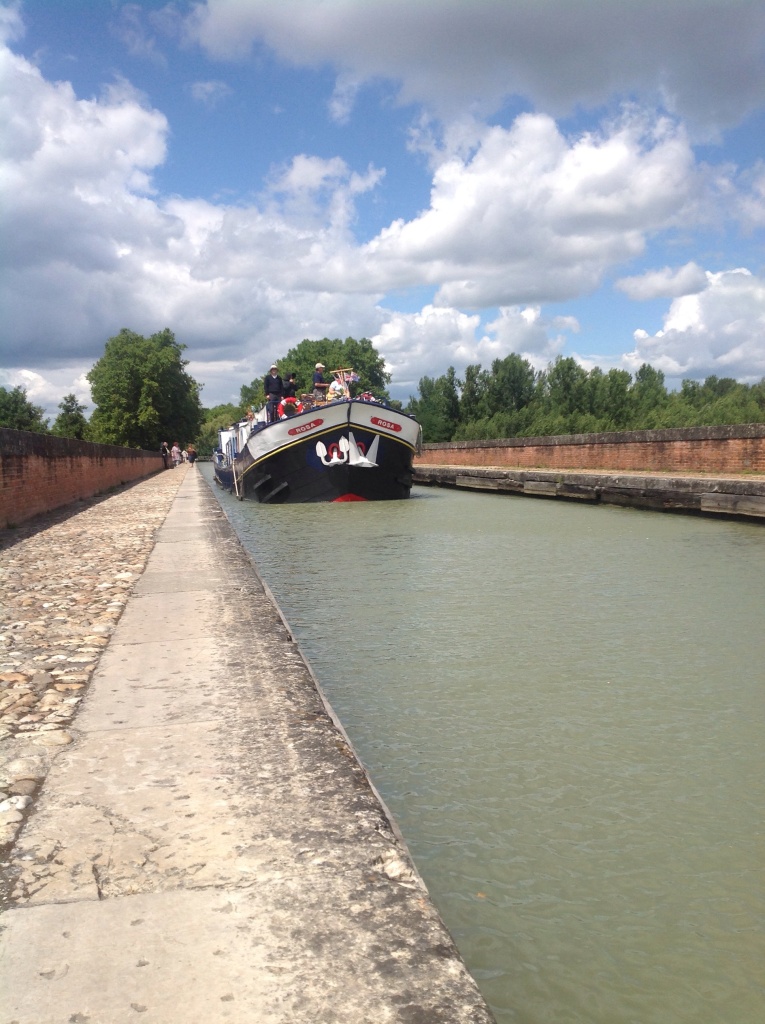 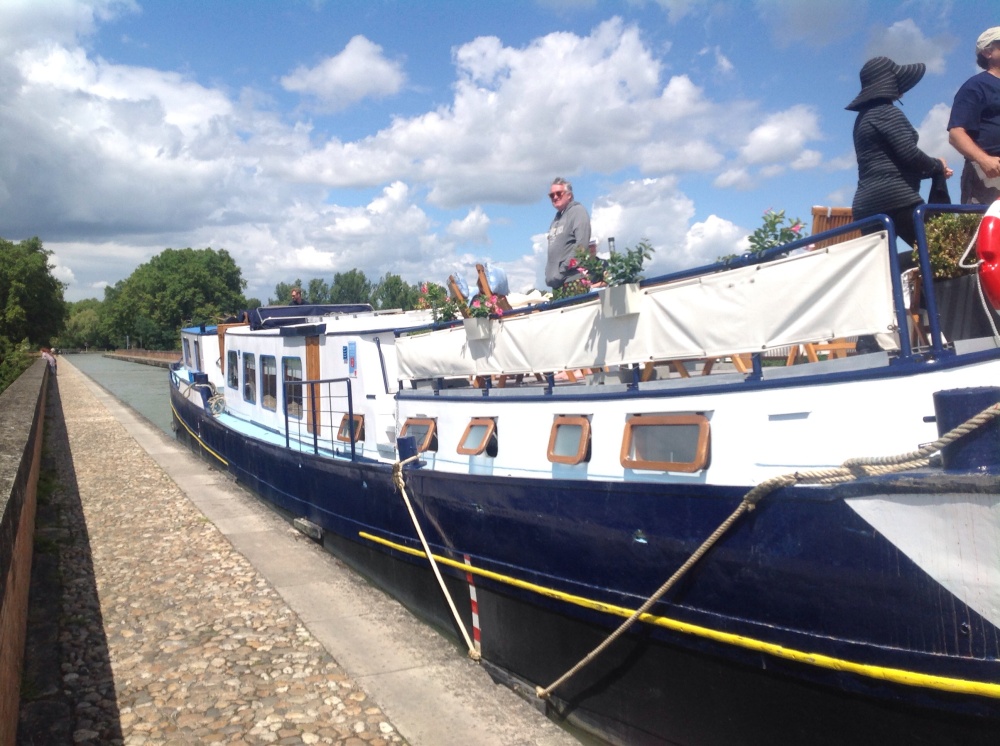 The Rosa being guided down this narrow strip of water by our pilot Sep & Rick enjoying the view down the Tarn from the top of  the Pont canal.

from the 17th August we move to our Bordeaux cruise & have to cross the Agen Pont canal which is  almost 1900 feet over the mighty Garonne river.